Michael Goodman, BA (Manchester), MA (Cardiff) is a doctoral candidate in English Literature at Cardiff University. His thesis, ‘Illustrating Shakespeare: Practice, Theory and the Digital Humanities’ explores how digital technology can be used to make sense of historical (specifically Victorian) illustrations of Shakespeare’s plays. The project saw the launch this summer of the Victorian Illustrated Shakespeare Archive, an online open access resource that contains over 3000 illustrations taken from Victorian editions of Shakespeare’s plays.

A founding member of Forms of Innovation (an AHRC collaborative project that investigated the interplay between technology and literature), Michael has also worked on the forthcoming Women in Trousers: A Visual Archive, designed the online medical humanities gallery Visualising the Condition and Experience of Seizures and is on the advisory board of the new Wellcome Trust-funded ‘Science Humanities’ initiative at Cardiff University. He has recently been appointed RA on Cardiff University’s new Digital Cultures Network. 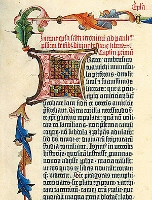